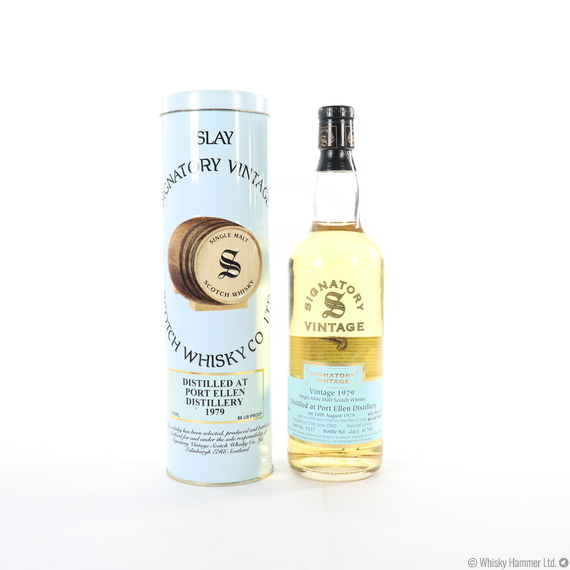 A 1979 vintage from Port Ellen released by independent bottlers Signatory Vintage. Distilled on 28th August 1979 and aged for 22 years in a re-fill Sherry Butt #5537 before being bottled on 25th June 2002.