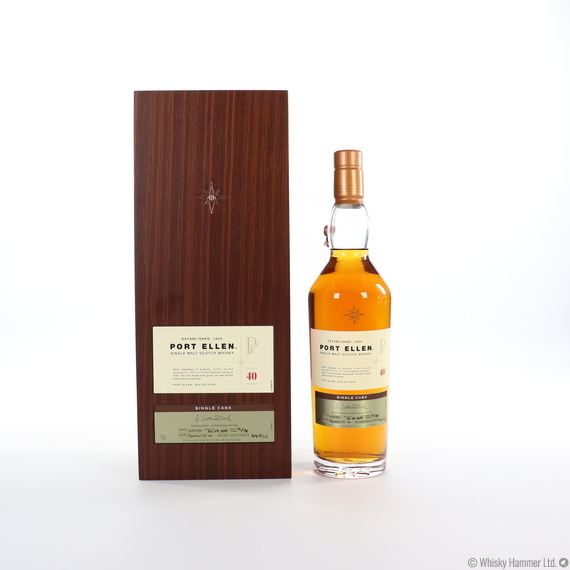 This is an extremely rare bottle from Cask of Distinction #1883; a 1979 vintage from the legendary Port Ellen distillery. Drawn from a single cask, it was distilled on the 13th March 1979 and matured in a Hogshead for 40 years before being bottled on the 26th September 2019.

With a yield of only 78 bottles, this is a unique opportunity to own bottle number 71 of 78.

Diageo's "Casks of Distinction" is a programme designed to offer the private sale of individual casks of rare and uniquely exceptional Single Malt Scotch Whisky, hand selected by Diageo’s team of four Master Blenders. Each Cask of Distinction is chosen on the basis of its age, rarity and/or special character. Diageo then assist their clients to bottle these casks at request, using the specially designed bottles and labels which set these bottles apart.