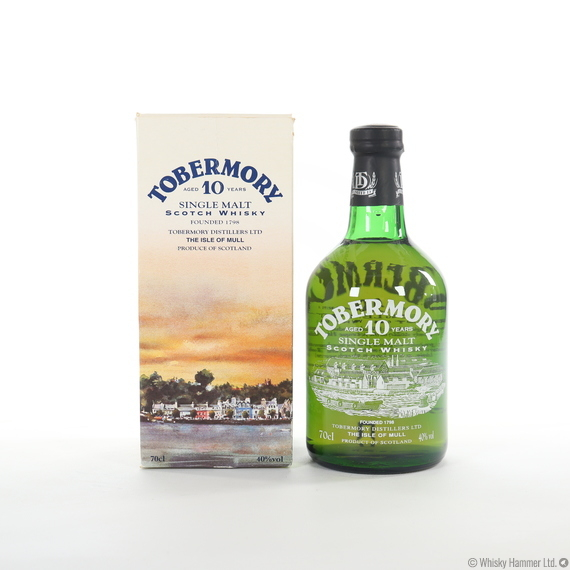 An old style presentation of 10 year old from Tobermory the Isle of Mull's only distillery (although it does produce two different whiskies). Bottled in the 1990s era.