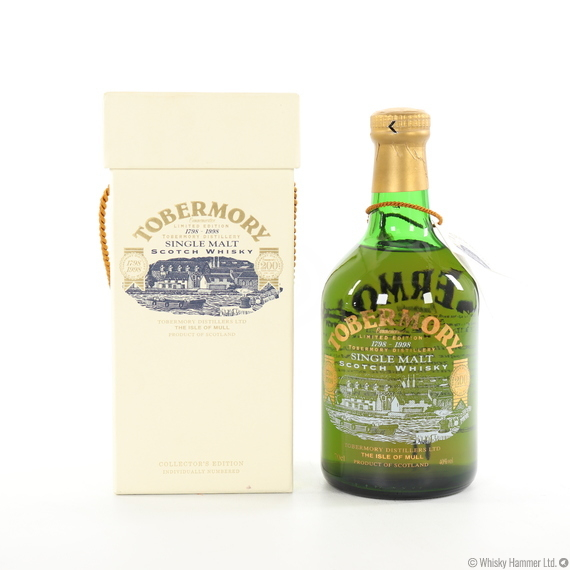 Tobermory distillery, the only distillery on the picturesque Hebridean Isle of Mull, celebrated its 200th anniversary in 1988. To commemorate this historic occasion, Burn Stewart distillers have commissioned this unique, limited edition bottling of Tobermory Single Malt Scotch Whisky.