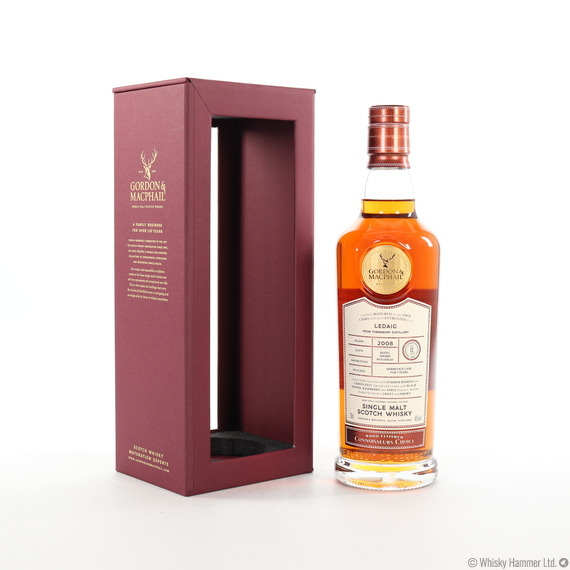 Distilled at Ledaig distillery in 2008 and bottled at 12 years old from a Refill Sherry Hogshead, finished in a Hermitage cask for 3 years. Bottled by Gordon and MacPhail for their Connoisseurs Choice Wood Finish range on the 8th of October 2010.