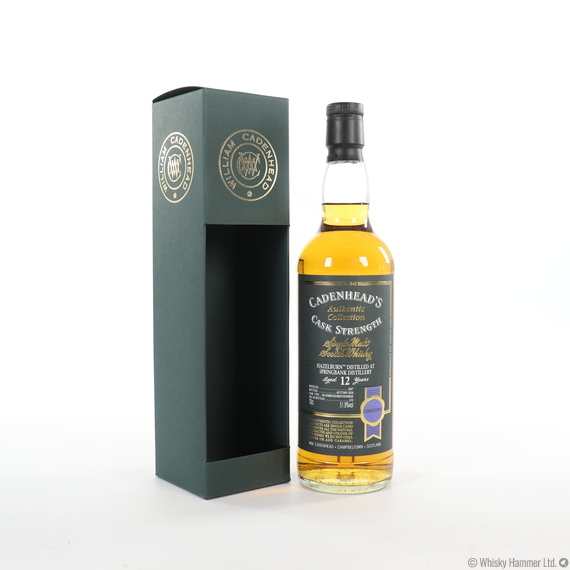 Hazelburn is a triple distilled, completely unpeated Single Malt produced at the Springbank Distillery.  This 12 year old was distilled in 2007, matured in a re-charred bourbon hogshead before bottling in Autumn 2020 by Cadenhead's for their Authentic collection.