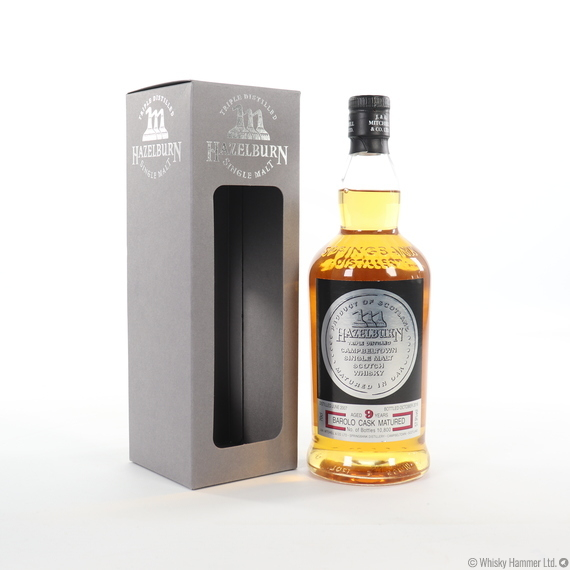 A 9 year old single malt Scotch whisky from the Springbank distillery, released under their Hazelburn name (which they use for their unpeated expressions).

It was initially matured in fresh bourbon casks before being finished in refill Barolo wines casks! Launched in late 2016, with 10,800 bottles produced.