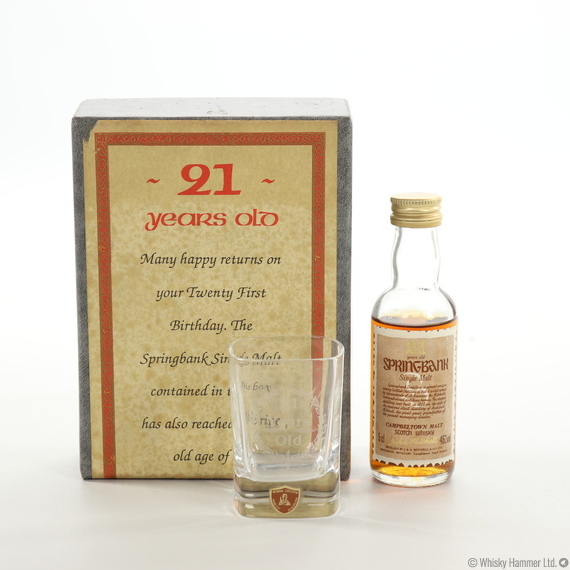 An older bottling of Springbank 21 year old, with the old label design. This is a 5cl.

This gift set also comes with a Burns Crystal glass.