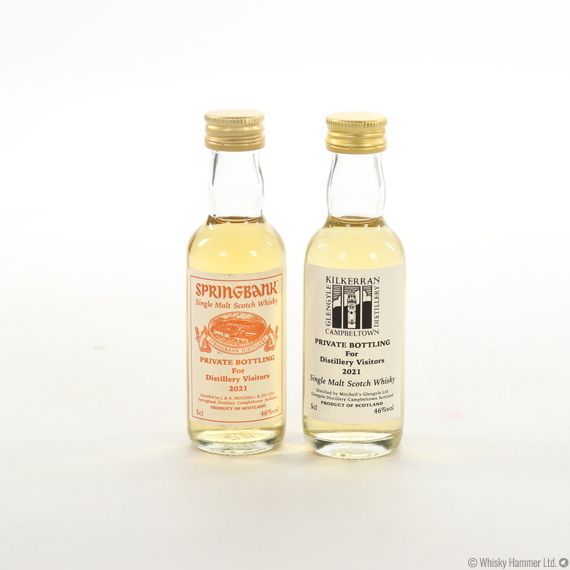 These miniatures have been specially bottled for distillery visitors in 2021 to Springbank & Kilkerran.