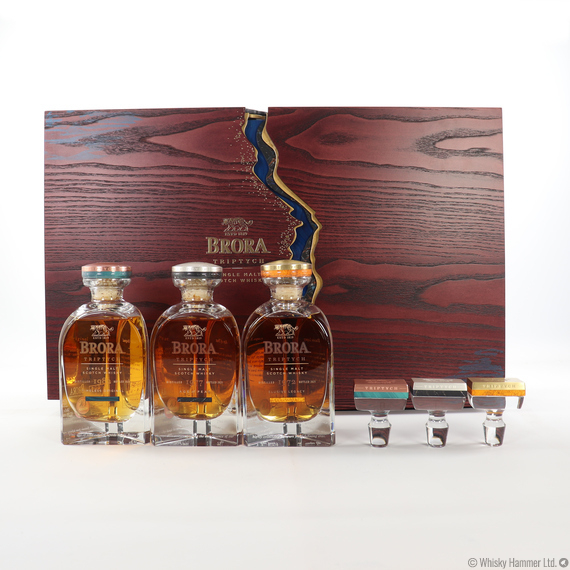 An ultra rare collection of three expressions, released to celebrate the reopening of Brora distillery. Presented in a stunning wooden case, this set brings together three special expressions from three eras that epitomise the character of Brora.

Only 300 of these sets have been released making this a true collectors piece.