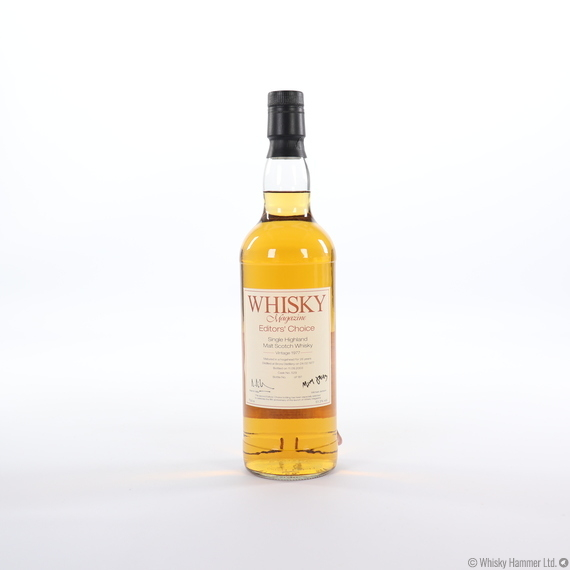 Distilled at Longmorn distillery in February 1977 and matured for 26 years in a Sherry Butt (#529) before being bottled by Whisky Magazine Editors Choice in September 2003.