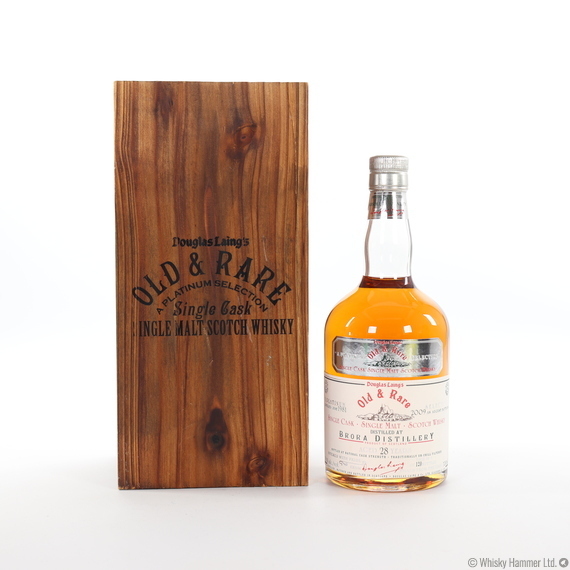 A single malt from the Brora distillery, this whisky was distilled in June 1981 then aged in a single sherry cask for 28 years before being bottled in August 2009 by Douglas Laing for their Platinum Selection.