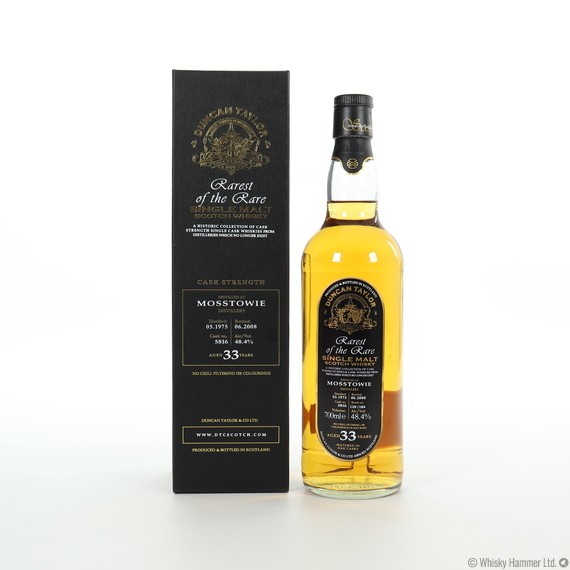 Distilled at Mosstowie distillery in May 1975 and bottled in June 2008 from a single cask (#5816) by Duncan Taylor as part of their Rarest of the Rare range of whiskies.