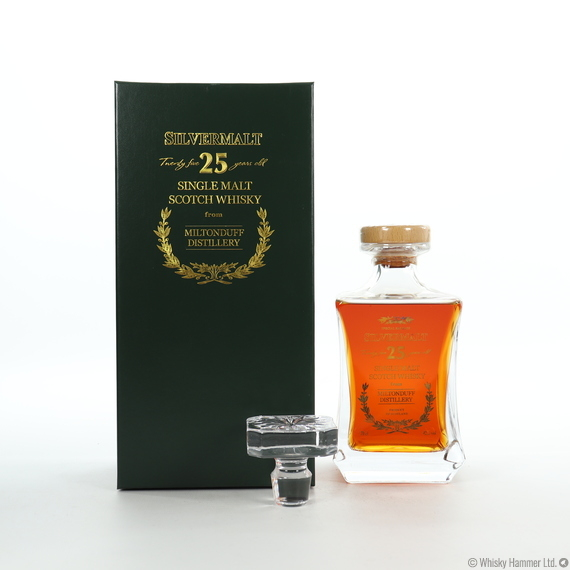 A bottling of 25 year old Miltonduff single malt whisky, this whisky comes in a crystal decanter with a crystal stopper.