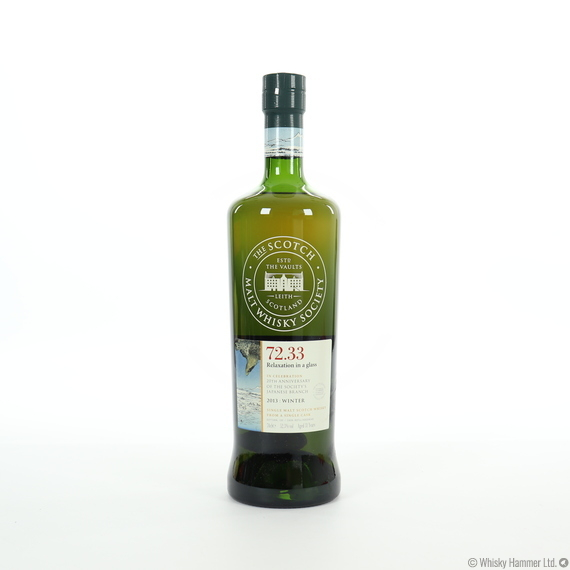 A bottling of Miltonduff from the SMWS, matured for 31 years and bottled to celebrate the 20th anniversary of the society's Japanese branch. This whisky has been given the name 'Relaxation in a glass'.