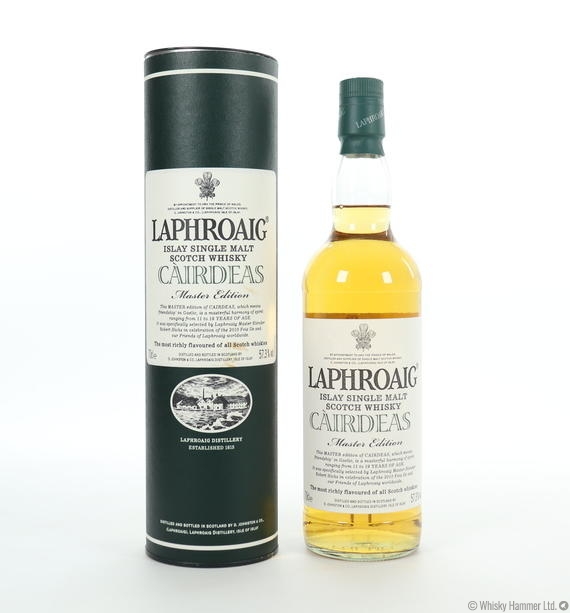 The Laphroaig Cairdeas Master Edition was specially selected by master blender Robert Hicks for the 2010 Feis Ile Festival and Fiends of Laphroaig worldwide.