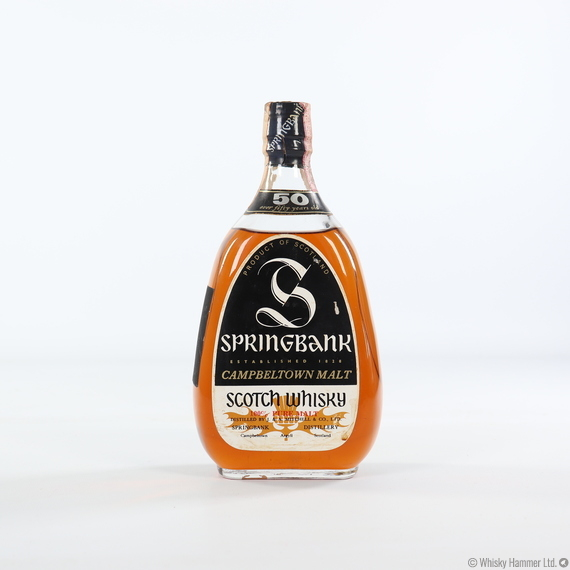 A stunning bottle of 50 year old Springbank single malt scotch whisky .This is the original release of the very collectible "pear-shaped" bottle of the 1919 vintage.