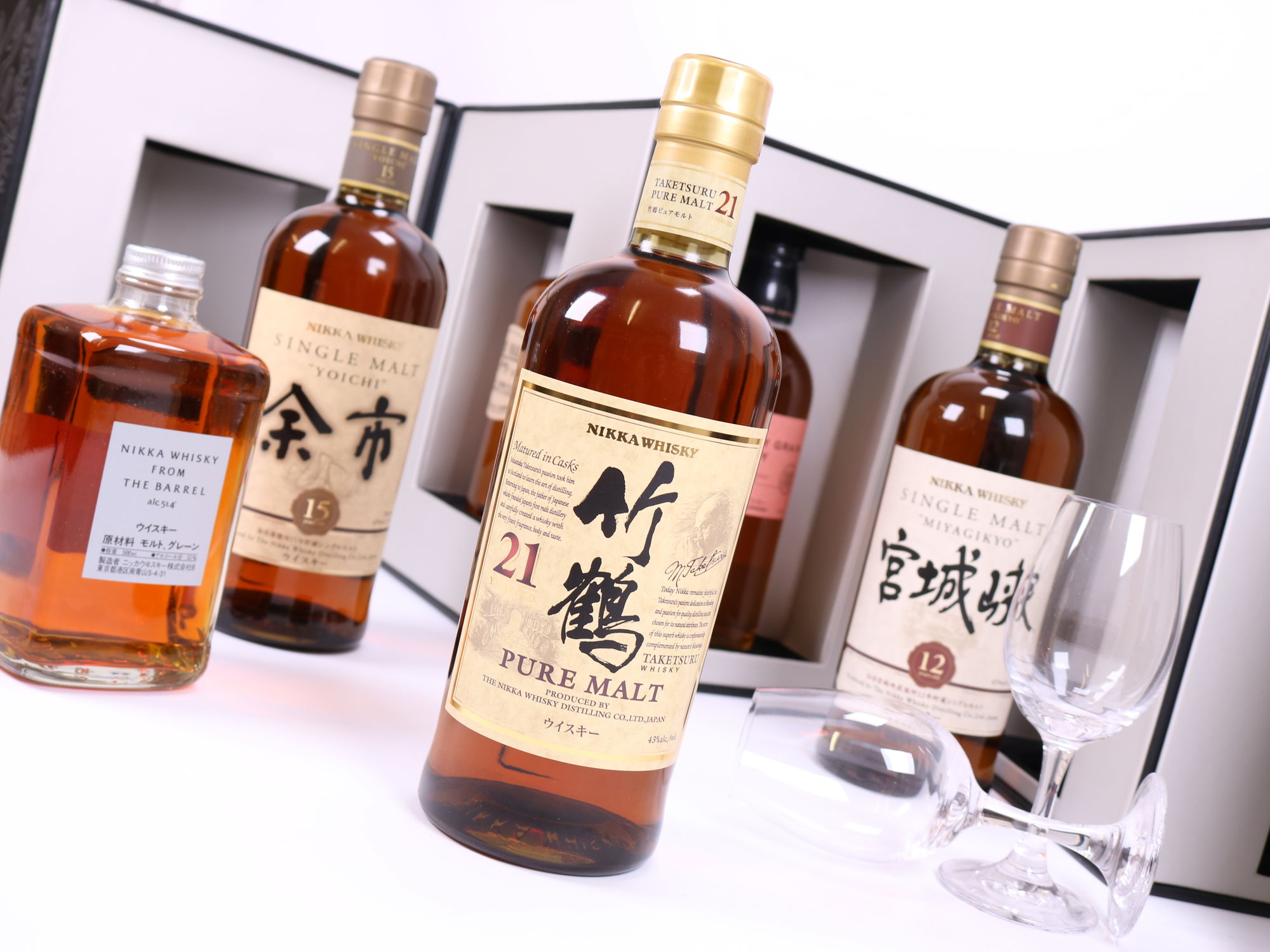 Charting the Success of Japanese Whisky in 5 Minutes

When people really started paying attention to their malts, Japanese whisky wasn't even on the map. But it should have been. Knowing what we know now, we should have been stockpiling 17 year old Hibiki like it was going out of existence... quite literally

Unlike Scotland, the Japanese whisky market can effectively be divided into two conglomerates. Nikka and Suntory have something of a monopoly; their market share is unparalleled, so much so that they probably aren't even bothered by the myriad of startups popping up jumping on the bandwagon selling new-make spirit across Japan.

So just how did Japanese whisky become a thing?

During the whisky resurrection of the 1990s, when people really started paying attention to their malts and the industry really got going, Japanese whisky wasn't even on the map. But it should have been. Knowing what we know now, we should have been stockpiling 17 year old Hibiki years ago, as if it were going out of existence (literally).

It wasn't even really a thing until Suntory won their first award in 2003 (Gold at the International Spirits Challenge for their 12 Year Old Yamazaki) that Asian whisky gained any sort of traction. Yet many people didn't even register Japanese whisky until Bill Murray's comical struggle as ambassador to Suntory in Lost in Translation - "For relaxing time... make it Suntory time". Who could forget?

However, Japanese whisky has actually been a thing for nearly a century. Masataka Taketsuru, the founder of Nikka, travelled over to Scotland in 1918 to study organic chemistry at the University of Glasgow while completing several internships in numerous distilleries, bringing back the Scottish know-how (and also finding his wife along the way, Rita, who moved back to Japan with him - their love story inspiring a Japanese soap opera). Helping establish Suntory in 1923 before founding his own whisky house, Nikka, in 1934, Japanese whisky was born into existence.

This is where it gets interesting - Taketsuru instilled Scottish processes in every stage, and because of this Nikka is perhaps more akin to Scotch given their propensity for tradition. At the other end of the spectrum, Suntory is famed for their commitment to mixing up the process at every stage, whether that be the washbacks, casks, stills. Consequently, one can expect a more floral, smooth malt from Suntory and to be knocked around a bit more by a Nikka malt. There we have the key divergence!

Yamazaki and Hibiki have strong footholds globally (Jim Murray named Yamazaki as the best whisky in the world in 2015), and Nikka have enjoyed great success and a permanent market fixture with their Taketsuru blend (their 17 year old Pure Malt has won World's Best Blend for the 4th time at the World Whiskies Awards in 2018). Chief Blender Tadashi Sakuma noted "this is the 8th award by Taketsuru, our signature brand which was named after the founder. We feel so much energised and refreshed to keep on progressing and to provide connoisseurs around the world with more excitements".

Provide excitements they have, for neither Nikka nor Suntory envisaged the surge in demand for their products. And this is where things get really interesting in the world of Asian malts. Nikka have previously reported an increase in demand for their Taketsuru blend of over 300%, an exponential explosion they most likely did not foresee when laying down stock. Thus, supply and demand are no longer in equilibrium, and the shortage of everyone's favourite malts have caused values to sky rocket and the houses to get creative.

We've seen the overhaul of age statements from both Nikka and Suntory (Hibiki 12 and 17 have been discontinued and replaced with the age-less Japanese Harmony, Nikka's Taketsuru 12 Year Old Pure Malt is now only Taketsuru Pure Malt). NAS are a viable option for both brands, allowing for the continuation of some level of supply while also replenishing stock for the future.  This might not be a bad thing - age can be restrictive and everyone knows the art is in the blending, and not necessarily a rigid process. However, on balance, markets prefer 'age statements', something supported by the flurry of activity and spike in prices of Japanese whisky that surpassed expectation since their overhaul.

So there we have it - a quick overview of Japanese whisky in 5 minutes. It is as hot and heavy and sought after as ever. Although younger than its Scottish counterpart, Nikka and Suntory are creating waves in the industry, and for very good reason. It's been 15 years since Japanese whisky really broke ground, and it will be very interesting to see what the next 15 years holds - although one would wager less age statements.

If you are interested in bidding on some Japanese expressions, this Nikka box, released to commemorate the 80th anniversary of Nikka Whisky, showcases several of Nikka's malts - including a 12 year old Miyagikyo, 15 year old Yoichi, and 21 year old Taketsuru.

But whatever you do, if Bill Murray's performance in Lost in Translation taught us anything, it is that whisky is for "relaxing time" - whether the liquid gold has an age statement or not. 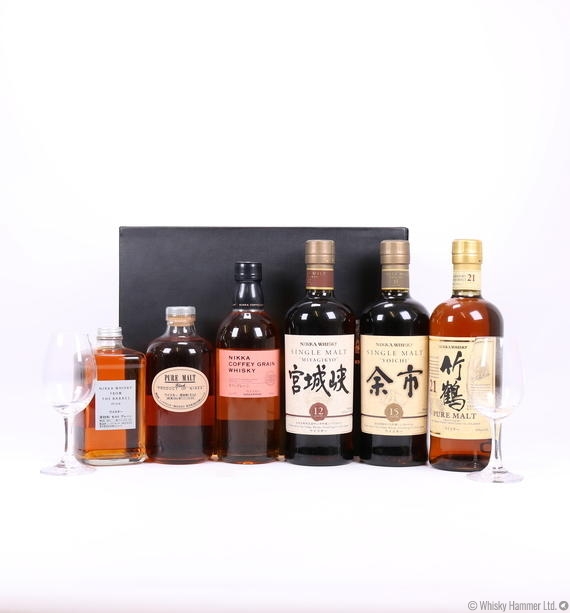