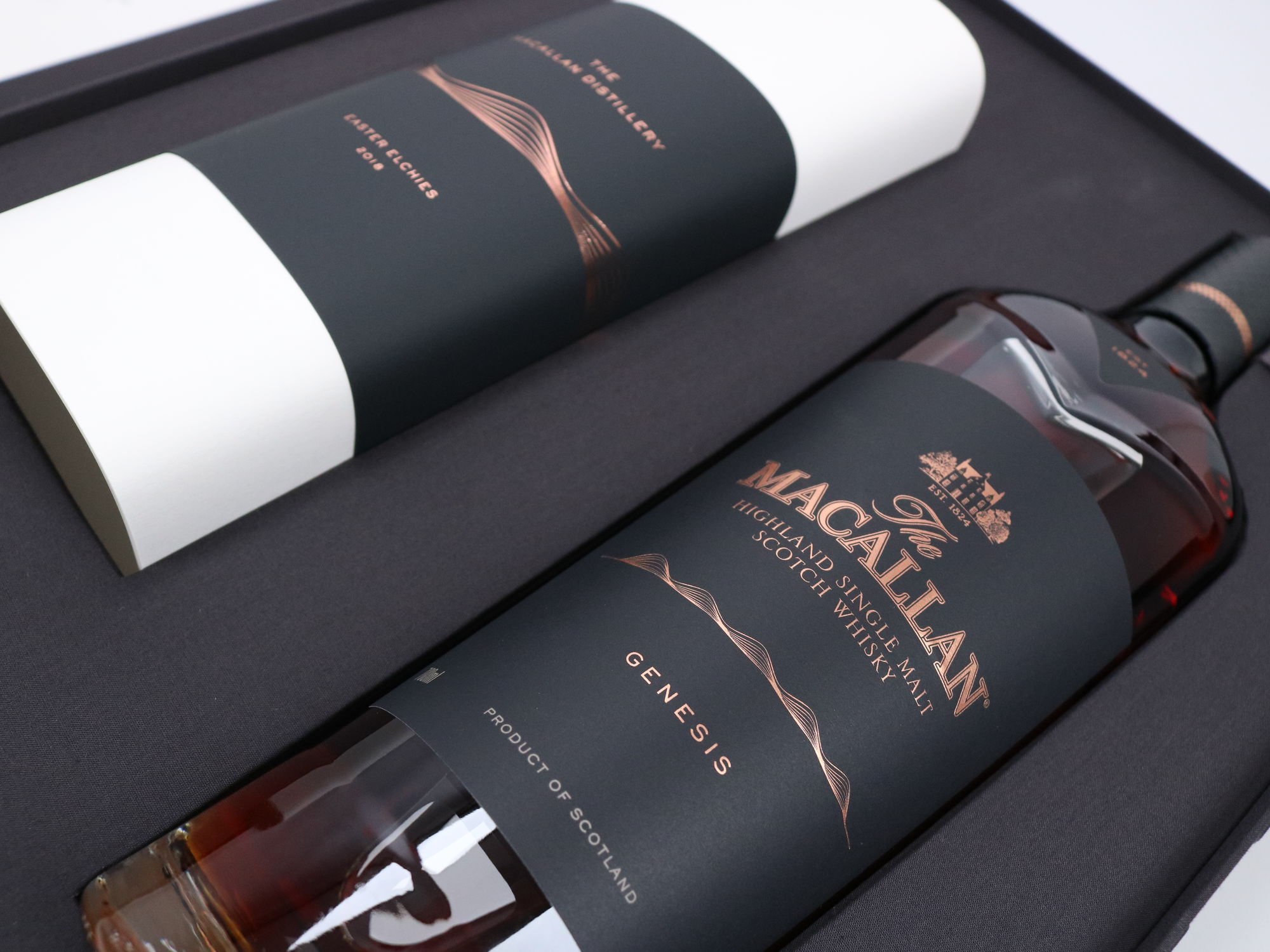 A Unique Statement in Architecture and Whisky Making - Macallan 'Genesis'

"We are proud to reveal the complicated architectural language of the Distillery which honours the complexity and mastery behind The Macallan whisky making process.â€ Graham Stirk, Senior Partner and Lead Architect, Rogers Stirk Harbour + Partners

It has been a week of headlines for Macallan after the release of their new limited edition ‘Genesis’.  This bottle seems to have the majority of whisky lovers and non-whisky lovers alike talking, due to the controversy over the release.  But as the old saying goes… there is no such thing as bad publicity.  On Tuesday 14th of August at 09:30am, Macallan released their £495 bottle of whisky ‘Genesis’ to celebrate the opening of their £140 million distillery.  The only downside to this was that the distillery release was limited to only 360 bottles out of 2500 which sold out within an hour and Macallan had hundreds of people queuing outside their gates from the small hours of the morning, leaving lots of unhappy customers.  The remaining bottles out of the 2500 are said to be going on sale in Macallan’s airport shops in the Far East.

What is the fairest solution of allocating bottles like this?  Good question... as on this occasion, first come, first serve didn’t work.  Is ballot the only fair method these days?

Controversy aside, Macallan have successfully released a stunning bottle to mark the opening of their new distillery.  This bottle is released in partnership with Rogers Stirk Harbour and Partners, the architects behind the £140m design.  The release conveys the plans and vision behind the development and is elegantly displayed in a presentation box, including a signed print illustrating the secrets behind the design of the new site.  If you haven’t already had a chance to visit the new Macallan distillery, it is one not to be missed and should be put on the bucket list!

Macallan has not only made the headlines this week regarding the Genesis but also with the sale of the Valerio Adami 1926, 60 Year Old.  The bottle recently sold in Hong Kong for £814,000, breaking auction history.  With only 12 bottles worldwide and some having already been drunk or broken, this is one of the most collectable bottles in the world.  It has been said that another bottle will be going on sale in Edinburgh in October and is looking likely to break the £900,000 mark.  Definitely a bottle to look out for! 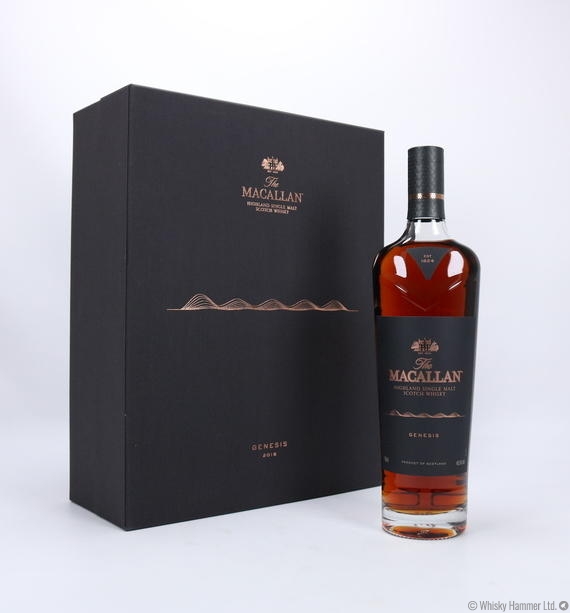