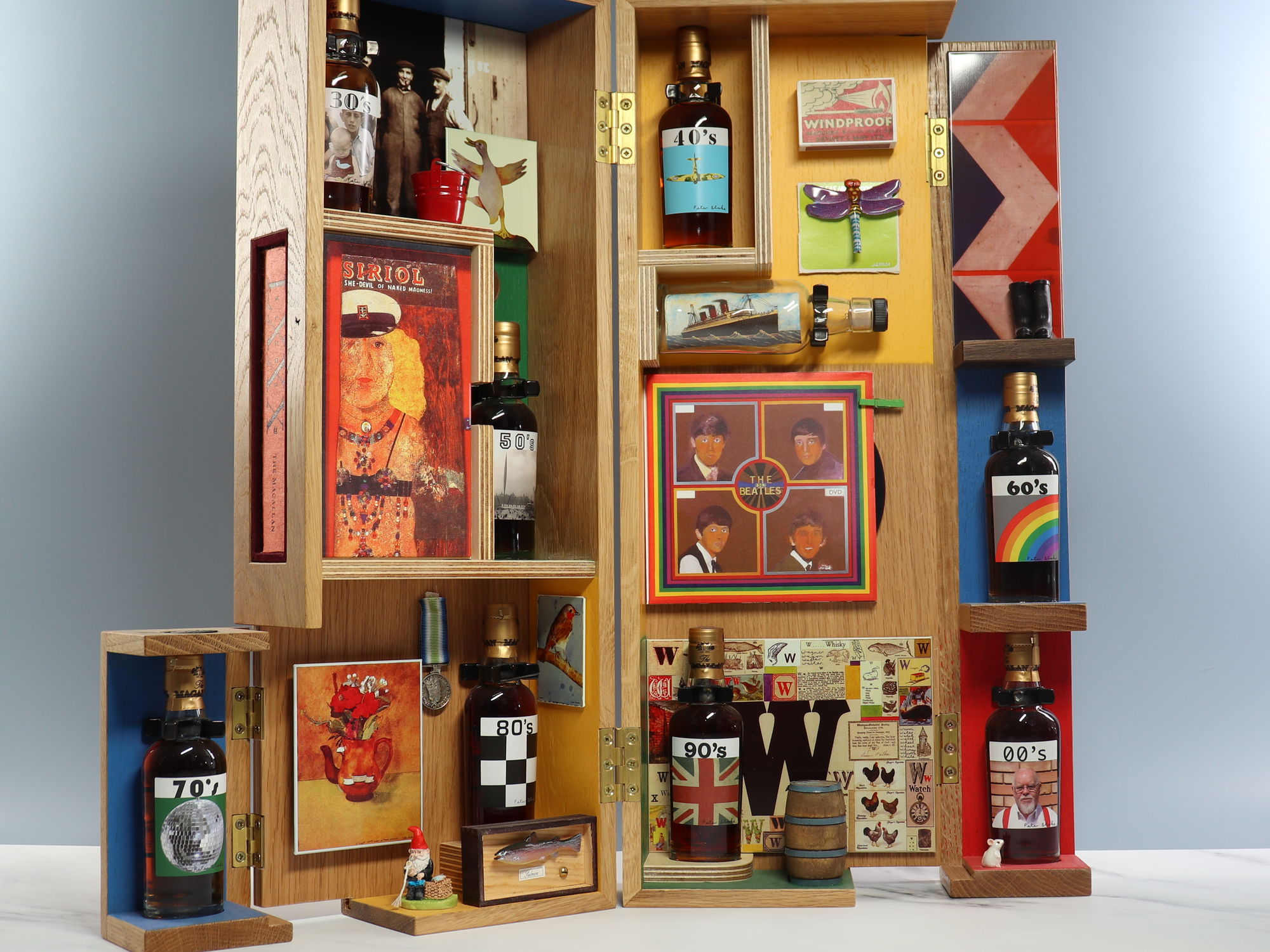 ...a unique opportunity to own a piece of Macallan and Blake’s history.

Sir Peter Blake is one of the best-known British Pop Artists and has been a prominent figure in the Pop Art Movement. Throughout the decades, Sir Peter’s artwork had gained widespread acclaim and momentum in the art world, and it was not long before he started working with some of the world's best-known music artists. Some of the household artists that you will find Blake has worked with include The Beatles, The Who, Eric Clapton and Oasis to name but a few.

It seems quite fitting for one of the best pop artists to collaborate with a revered artist of the Scotch whisky world, The Macallan. Together, Sir Peter and Macallan have worked to create the 'Blake @ LXXX' in celebration of his 80th birthday in June 2012. The special collection contains miniature bottles from the sought-after Fine & Rare range of whiskies - each representing a decade of Sir Peter’s life.

With each bottle of whisky, there is an artefact that aids in representing an element - fire, water, earth and air - which are all important in the whisky-making process. These artefacts have been sourced by art director Stuart Newman.

With only 250 of these hand-made collections by Sir Peter Blake available, this is definitely a unique opportunity to own a piece of Macallan and Blake’s history. 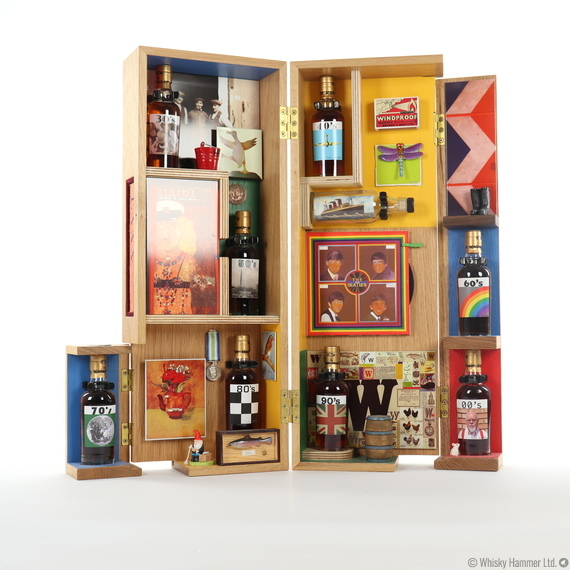