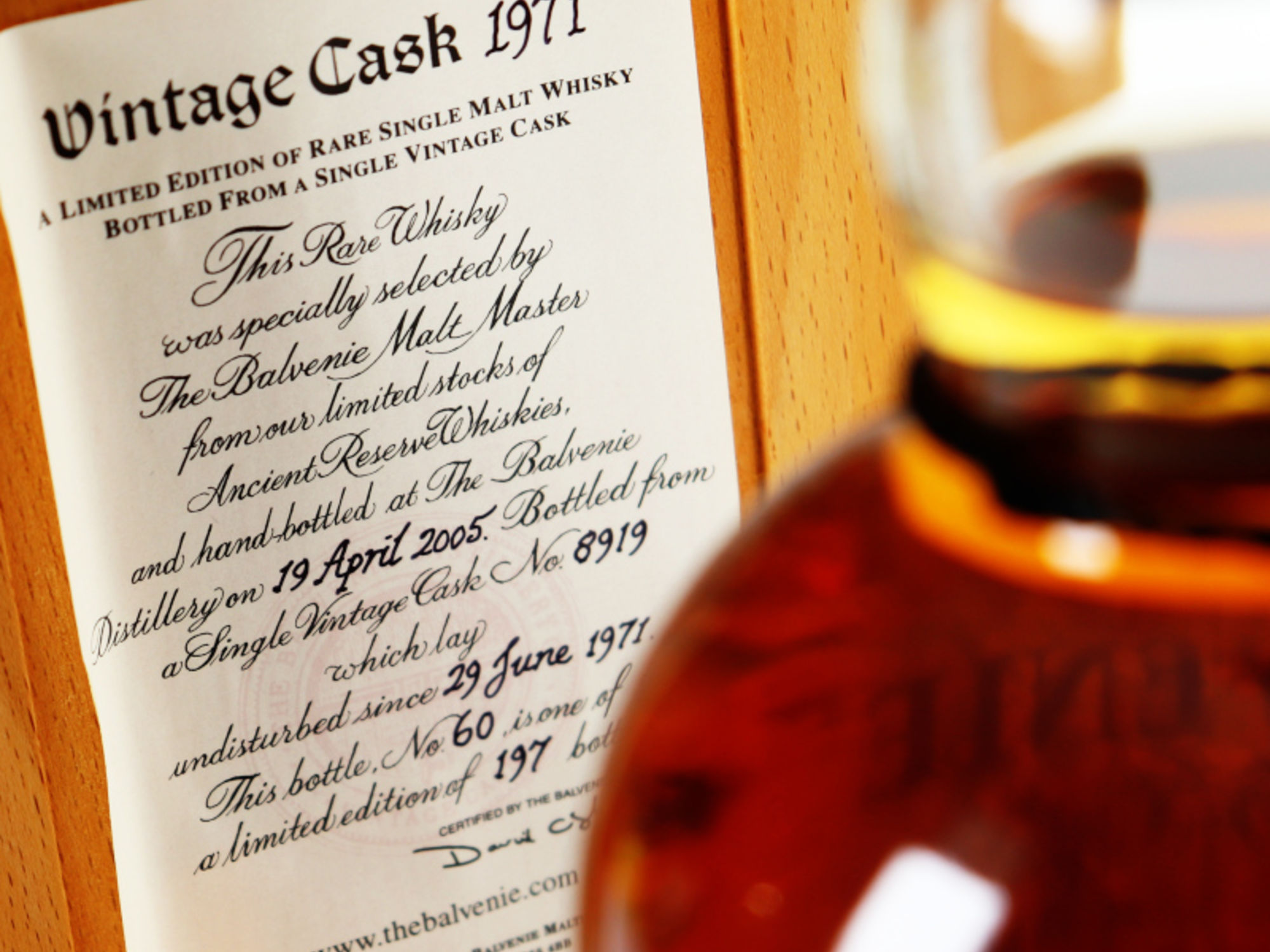 a special dram for anyones collection

The Balvenie (originally known as Glen Gordon) was built in 1892 adjacent to its sister distillery, Glenfiddich. Balvenie had been used primarily in the Grant’s Standfast blend until 1973, when they released their first official bottling. With demands growing, William Grant & Son’s opened Kininvie in 1990, and with this, the previous restrictions in Balvenie’s growth started to ease - a good thing, with such a fast growing cult status for its single malts.

Over the years Balvenie have launched some incredible expressions, from their core range to the more limited releases, including the highly anticipated vintage cask series. The Vintage Cask is specially selected by The Balvenie Malt Master from limited stocks of Ancient Reserve Whiskies. Distilled in 1971, and hand-bottled in April 2005, this is a limited release of only 197 bottles.

The 1971 Vintage Cask release is an example of a brilliant Balvenie whisky, and with only 197 bottles available, it is definitely a special bottle for anyones collection. 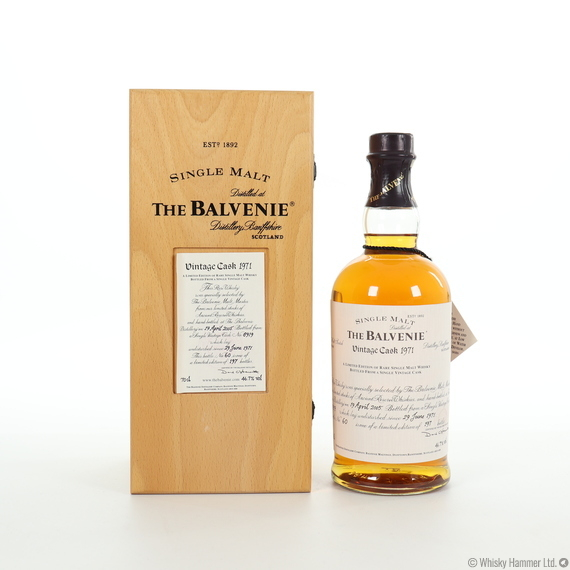