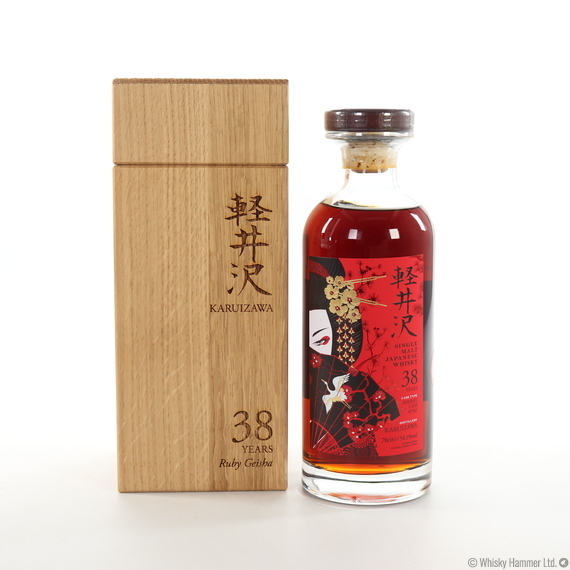 This 38 year old Ruby Geisha is a sensational whisky from the Karuizawa distillery which stopped production almost 20 years ago.

This exclusive single cask bottle has had a long maturation in a single sherry butt (#7582) demonstrating the classic character of the lost Japanese distilleries famed whiskies: a careful balance of sweet and savoury notes, run through with dark oak and spice.

With only 223 bottles available, this is the older half of the Ruby Geishas - the penultimate release in the Karuizawa Geisha series.