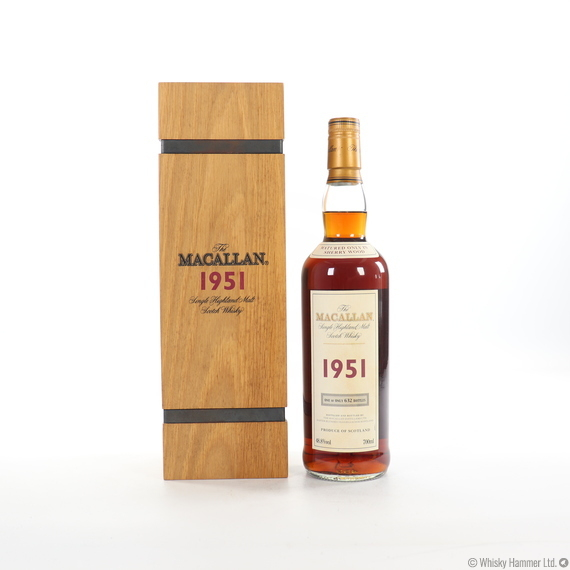 A very rare and collectible release of Macallan single malt, distilled in December 1951 and bottled in 2001 after maturing in two sherry casks (#1541 and #1542). Bottled at cask strength.