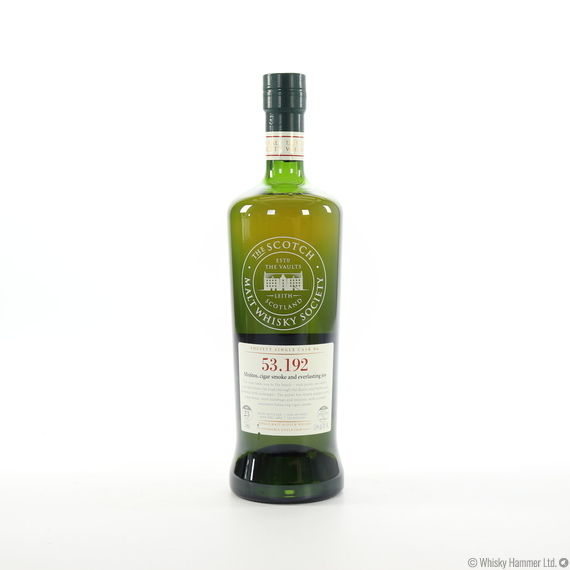 A 23 Year Old single malt distilled at Caol Ila on 19th December 1989 and bottled for the Scotch Malt Whisky Society. This bottling has been given the name 'Mojitos, cigar smoke and everlasting joy'.

This bottle is one of only 235 produced.