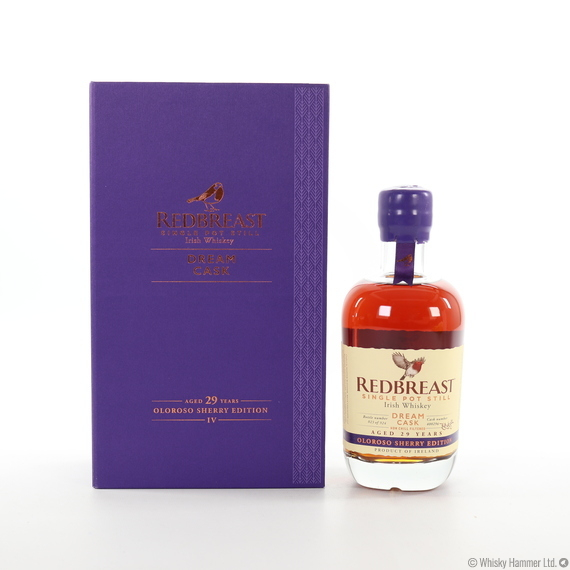 This 29 year old from Redbreast is the 4th release in the Dream Cask series, launched to celebrate World Whisky Day.

The 29 year old is a series of 4 casks of the following -
Cask No.1 - Distilled in 1989 and firstly matured in an ex-bourbon barrel before being re-casked into a ruby port cask in 1995.

Cask No.4 - Distilled in 1991 and matured in an ex-bourbon barrel before being re-casked in 2011 to an ex-sherry butt.

These casks where then vatted together and married in an Oloroso Sherry Butt before bottling.