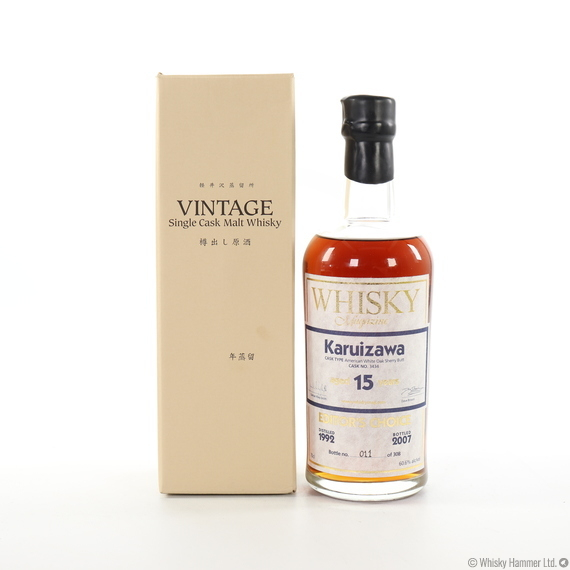 After closing in 2011, Karuizawa has gained significant interest over the last few years. This bottle was distilled in 1992 and bottled in 2007 from cask #3434 (an American white oak sherry butt). Specially selected for Whisky Live London 2008 in Whisky Magazine's 10th Anniversary year.