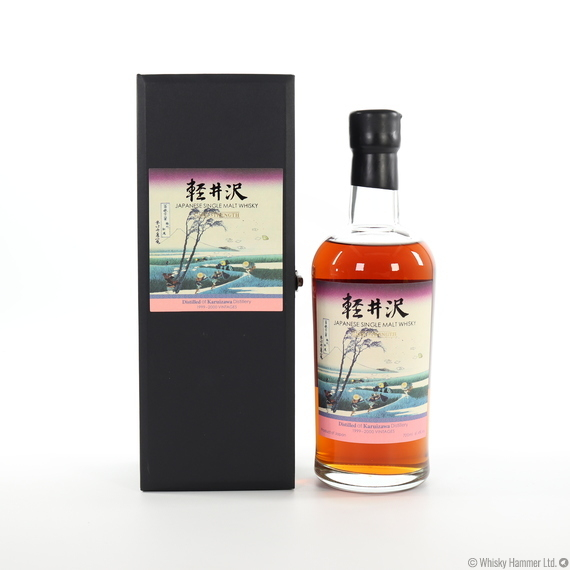 This is release number 35, which is part of the Thirty-Six Views of Mount Fuji Series. This bottle shows the image of Sunshu Ejiri.