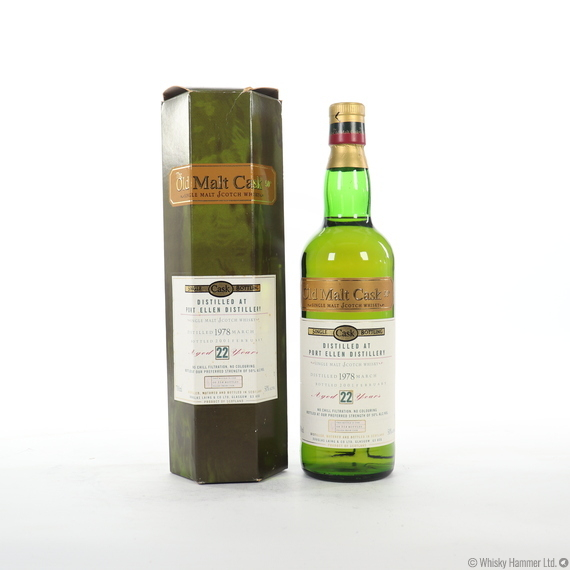 A 1978 vintage whisky from Port Ellen Distillery, bottled from a single cask in February 2001 by Douglas Laing for their Old Malt Cask range.