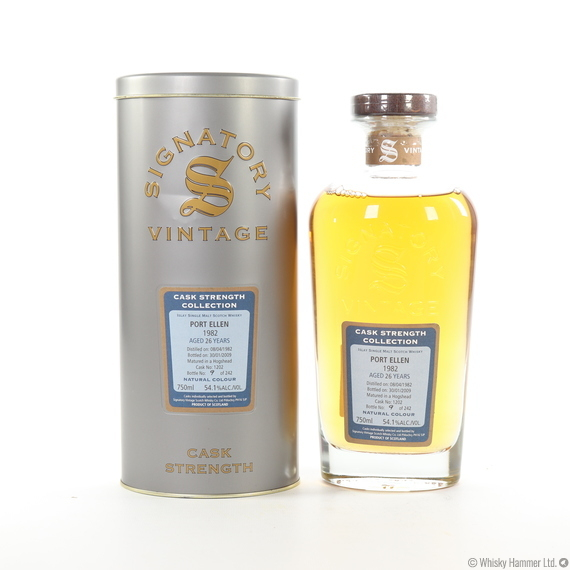 Bottled by independent bottler Signatory Vintage from the much missed closed distillery; Port Ellen.  This whisky was distilled on 8th of April 1982 and bottled at 26 years old on the 30th of January 2009 from a hogshead - cask #1202.