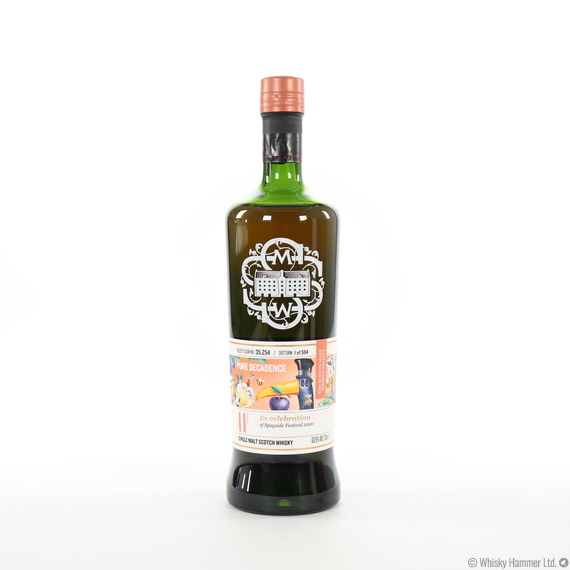 A bottle of Glen Moray 11 Year Old bottled by the Scotch Malt Whisky Society. This has been given the name 'Pure decadence' and has been bottled specially for the 2020 Speyside Whisky Festival.