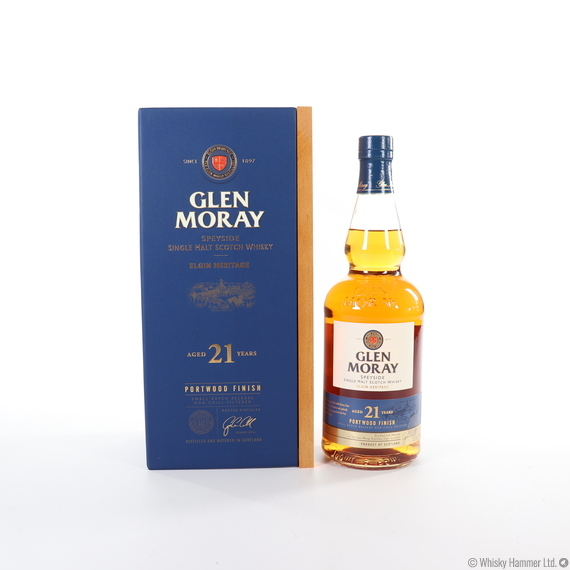 This 21 year old Glen Moray has been matured in ex-bourbon casks which give a spicy sweetness and then finished in ex-Port casks from Portugal which give a rich wine flavour.