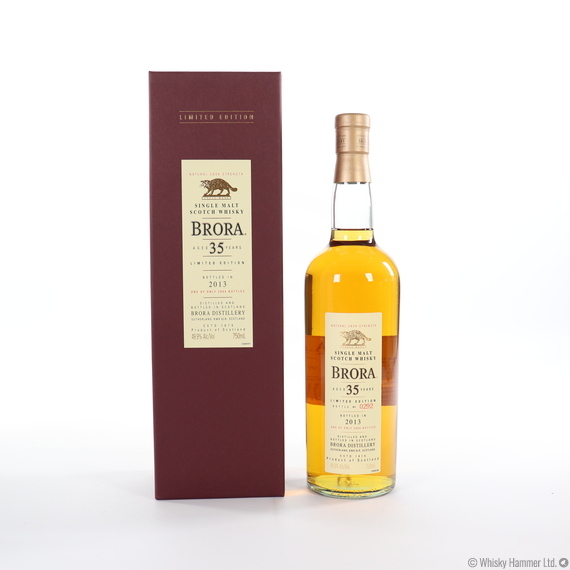 A 35 year old from Brora Distillery bottled in 2013 from the silent Highland distillery, Brora. Only 2944 bottles were produced in total.