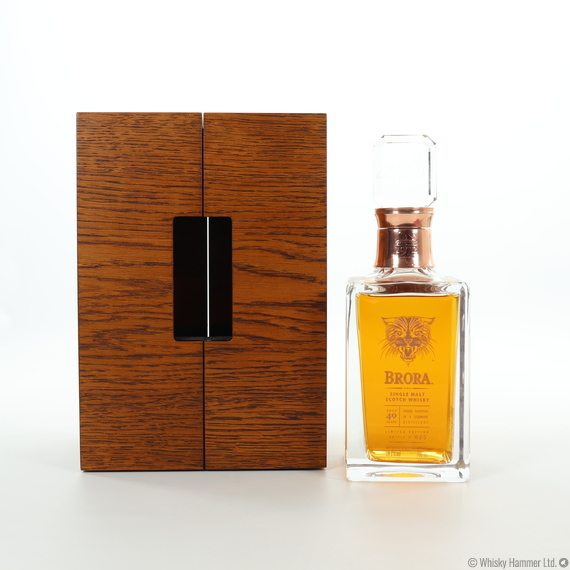 This very rare and sought after 40 year old special release from the silent Highland distillery, Brora, was at the time of release the most expensive whisky ever released by Diageo and the oldest Brora had ever made.

Distilled in 1972 and bottled at cask strength, the whisky comes presented in an elegant crystal decanter, encased in a handcrafted wooden case made by the Queen’s cabinet makers at NEJ Stevenson.