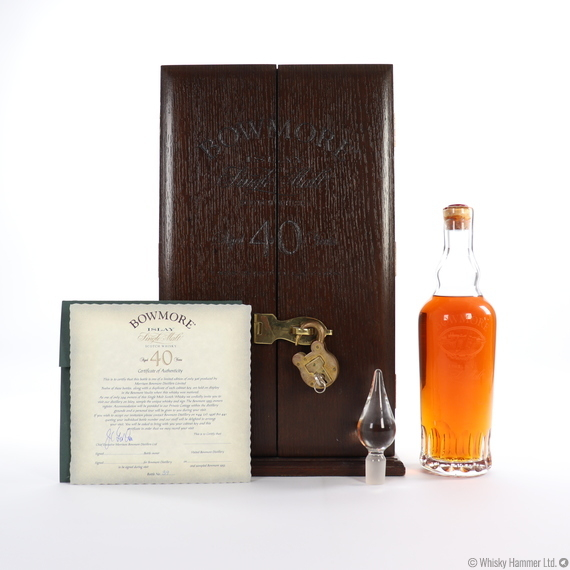 Only 294 of these decanters were released to the public, with 12 being stored in Bowmore's vaults.