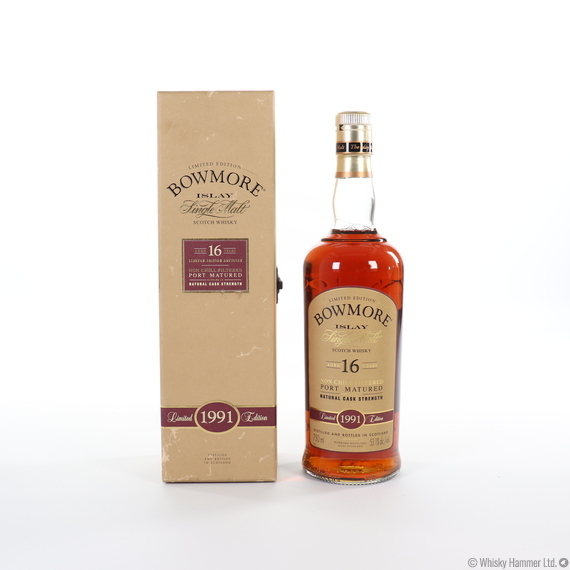 This limited edition Bowmore is from a selection of only 24 port casks, which have all matured in Bowmore's famous vaults below sea level and is the third and final release from  series exploring different wood expressions.

The handcrafting of this exceptional malt whisky started back in 1991: the barley was carefully malted, hand turned and traditionally peat kiln dried at the distillery. After fermentation and slow distillation, through Bowmore's large copper stills, the spirit was laid down to mature in fresh port pipes.