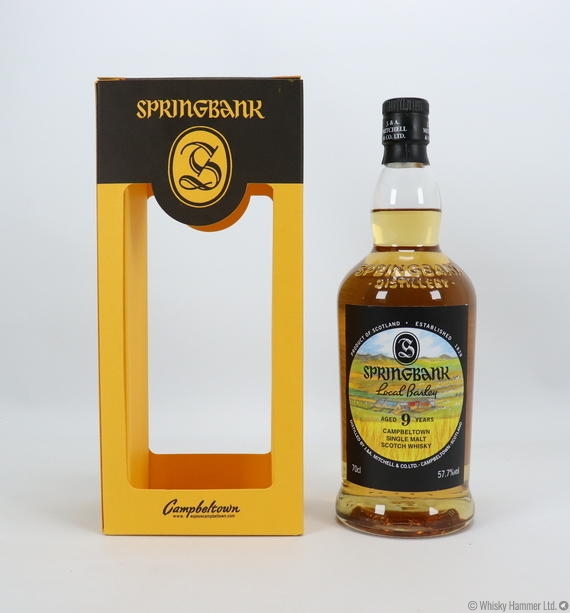 The Springbank 9 Year Old (Local Barley) was distilled in July 2009 and bottled in October 2018.  The whisky has been distilled from 'local barley', grown on High Cattadale Farm, a few miles from Springbank.