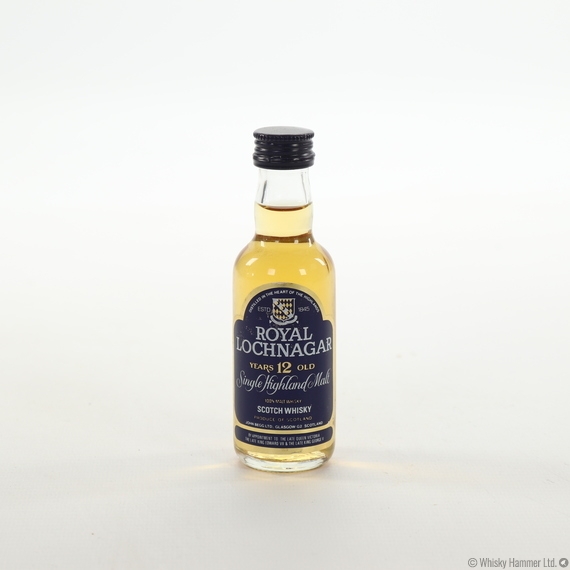 A miniature 12 year old single malt from the Highland distillery Royal Lochnagar, the distillery that was granted 'Royal' status after being visited by Queen Victoria.