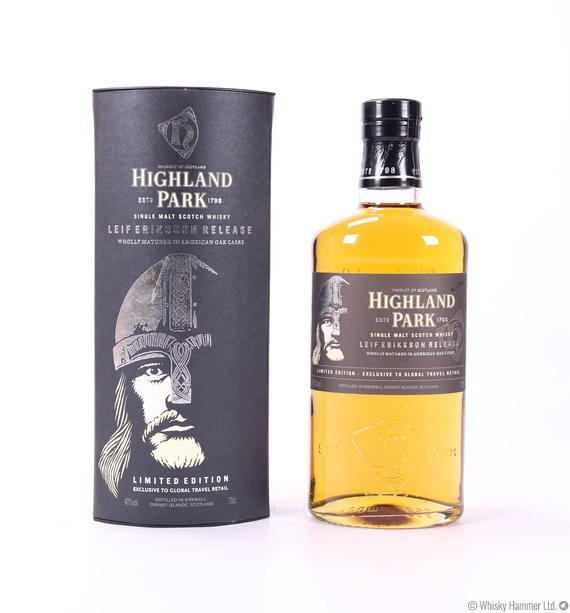 Highland Park Leif Eriksson is a limited edition whisky which was launched in March 2010 exclusively for the travel retail market. The release celebrates the first European to reach America, over a thousand years ago.

Thought to have been born in Iceland circa AD970, the courageous Eriksson set out from the Orkney Islands at the dawn of the 11th century to make the perilous crossing of the North Atlantic and establish settlements in Labrador and Newfoundland, a feat which earned him the nickname ‘Leif the Lucky’.

Orkney had been associated with the Vikings since the 8th century when fearless Norse explorers sailed in magnificent handcrafted oak longboats to colonize the islands.

The whisky has been matured in a mix of ex-bourbon and ex-American oak sherry casks.