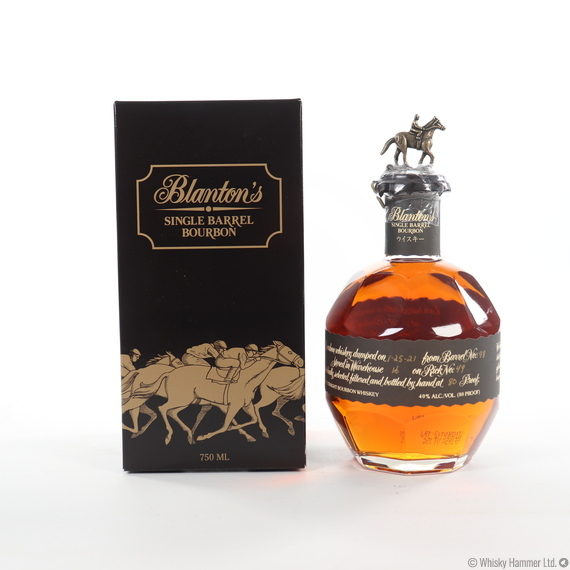 A bottle of Blanton's Bourbon dumped on 25th January 2021 from barrel 198. This is a Japanese Edition.