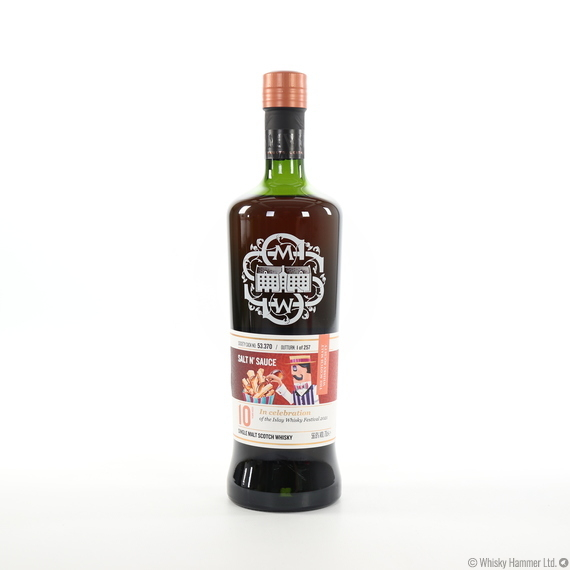 A 10 Year Old single malt distilled at Caol Ila on 1st June 2010 and bottled for the Scotch Malt Whisky Society. This bottling has been given the name 'Salt n' sauce'.

This bottle is one of only 257 produced.