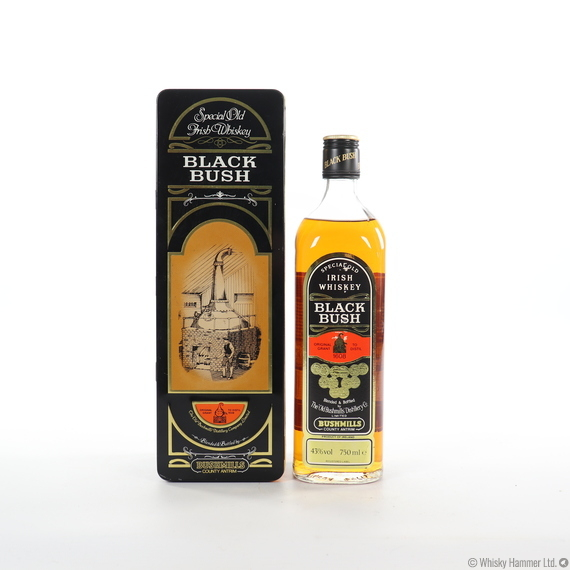 An older Black Bush from Bushmills, bottled during the 1990s.