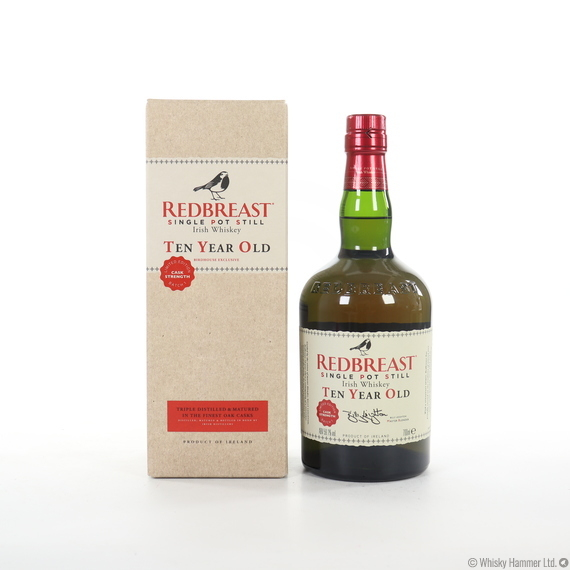 Released to celebrate the 30th anniversary of the re-birth of Redbreast, this is a limited edition Redbreast 10-Year-Old which re-imagines this historic expression of Redbreast, not seen since the 1970s.

Made from a mash of malted and unmalted barley and then triple distilled in copper pot stills , the spirit is then matured in the finest oloroso sherry butts and bourbon casks, producing a flavour that harkens back to a bygone age of whiskey.