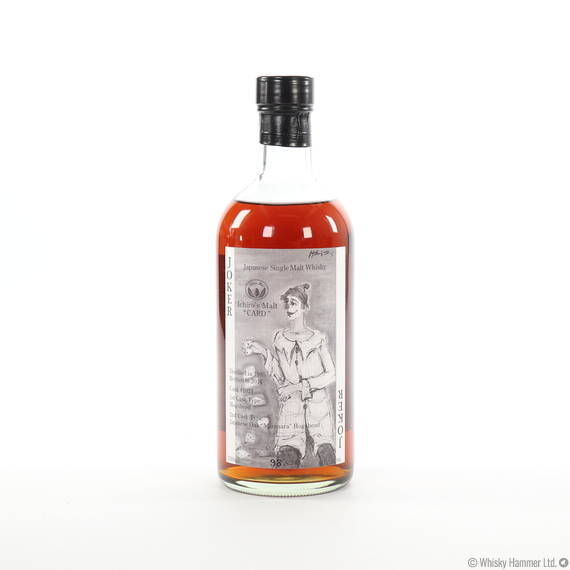 This the final bottle from the Ichiro's "Card Series" from Hanyu distillery in Japan.

The Monochrome Joker remains one of the most rare and sought after Japanese whisky releases. Distilled in 1985, matured in a hogshead before a second period of maturation in a single Mizunara oak cask (#1024). It was then bottled in 2014.

This is bottle number 98 of only 241 bottles released.