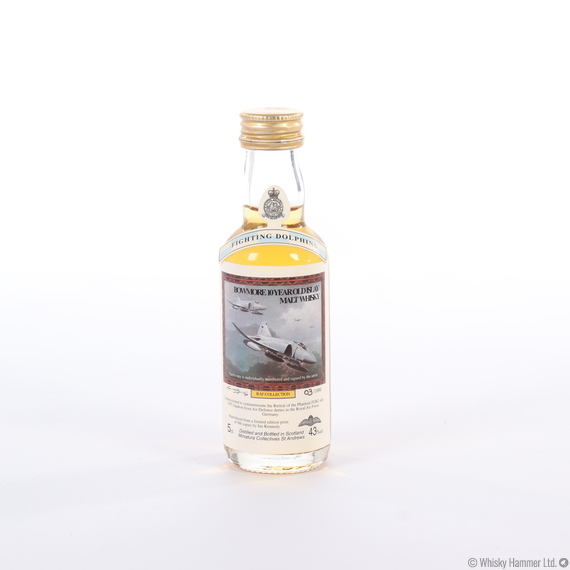 A 10 year old Bowmore bottled at 43%, released to commemorate the retiral of the Phantom FGR2 and 19(F) Squadron from air defence duties.