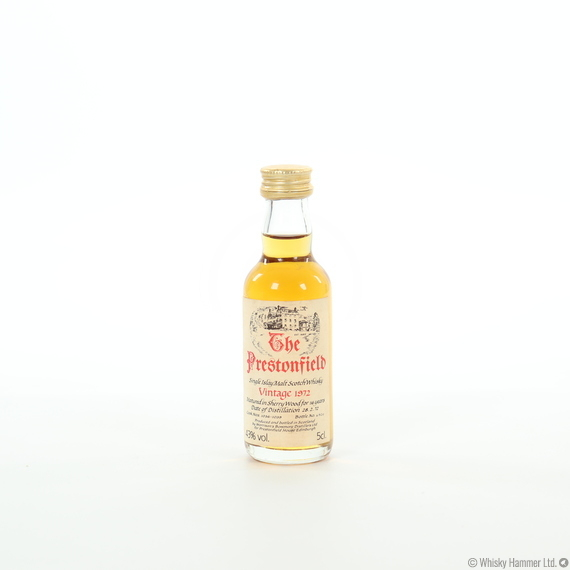 Distilled on the 28th of February 1972 at Bowmore distillery before being bottled at 16 years old from cask nos. 1036-1039 for Prestonfield House.