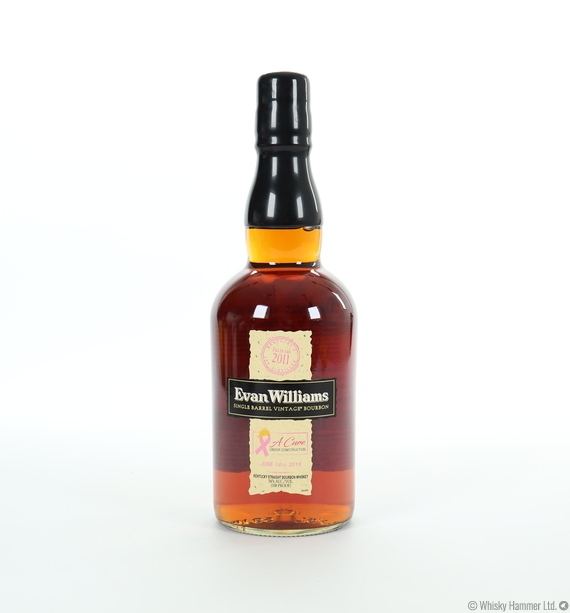 This Evan Williams Single barrel vintage was barreled on the 20th if July 2011 into barrel #821 before being bottled on the 23rd May 2019 for 'A cure under construction.'