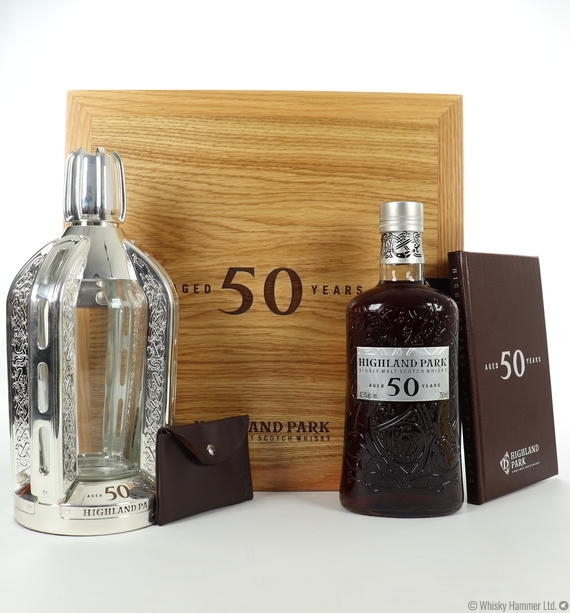 This hand bottled Highland Park 50 Year Old was originally laid down back in 1964, bringing together just two sherry-seasoned Spanish hogshead casks whilst also introducing a small amount of the original 50 Year Old, first released in 2010, which was a 1960 vintage.

This special box also holds an attractive crystal decanter and a brown leather book providing insight into the development of the whisky.

One of only 274 bottles produced. This is bottle number 108.

(Please also note the weight of this lot.)