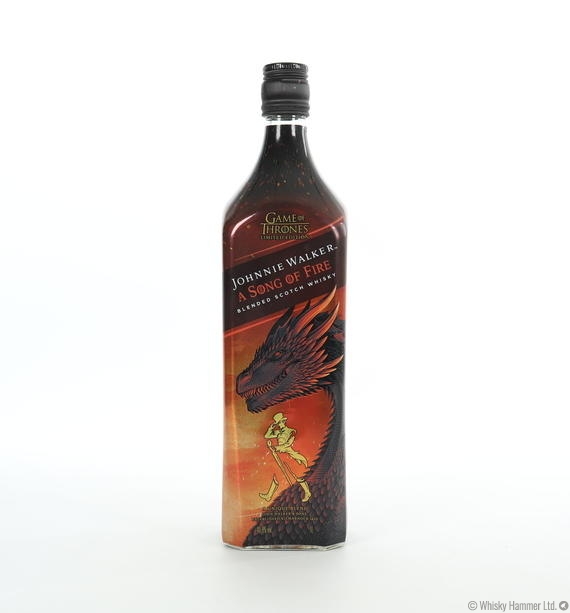 Johnnie Walker A Song of Fire features subtle smoke flavours from the peated malts of Caol Ila distillery. This blended whisky was bottled at 40.8% and the bottle design evokes a fiery setting, with influence from the dragons in the Game of Thrones tv series.