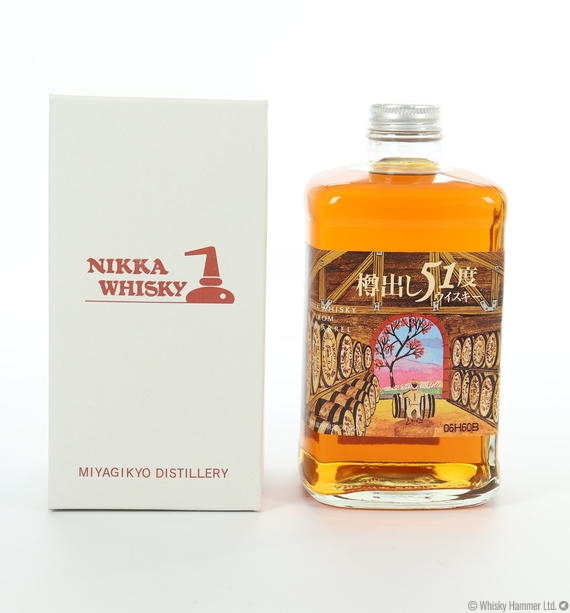 The multi-award winning and highly rated whisky blend from Japan, bottled at cask strength - straight "from the barrel". Colourful label shows casks in the warehouse. Only available from the distillery.