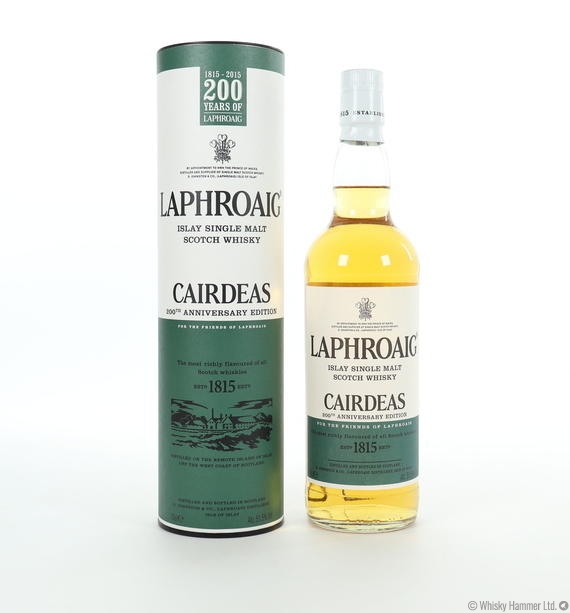 The Laphroaig Cairdeas (Gaelic for friendship) is a limited edition, annual release, from Laphroaig.  This particular bottle was released in celebration of Laphroaig's 200th anniversary (1815-2015).

For this special bottle, Laphroaig Master Distiller John Campbell used 100% floor malted barley (from the distillery's own small malting floor) and used only the two smaller, older stills during distillation.  The whisky was then matured in ex-bourbon casks for around a dozen years.